Top 10 things to do in Copenhagen (The ultimate guide)

When I travel to any city I love experiencing it like a local. Staying in the same place for a while, getting to know the people’s daily routing, having coffee at the bar downstairs, discover the secret spots… but like every other human, I don’t want to miss the highlights.

So here’s my list of things to do in Copenhagen:

I must confess I felt a bit disappointed when I first saw her. She seemed so much bigger in the books and pictures I had seen before! Who would have thought that with only 4.1 feet tall (1.25m), this bronze statue was going to become, without doubt, the icon of Copenhagen.

Anyway, the story tells that the son of Carlsberg founder was fascinated by a ballet performance about The Little Mermaid and commissioned the sculpture to Edvard Eriksen. The statue was unveiled in 1913 and since then the poor mermaid has been bullied in many different ways. She has suffered several decapitations and arm mutilation, she has worn a burqa and many scarfs (it is cold in Copenhagen) she’s been painted in many colors, and she has been blown up with explosives, literally. Fortunately, her recovery has always been fantastic.

Tired of bullies, I guess, she decided to take a break. The little mermaid was embarked on a journey to China to attend the Shanghai Expo 2010. It was the first time since 1913 that the little mermaid had left Copenhagen. During her stay in China, all kinds of stuff and people tried to replace her, but as you will see, she got her spot back. China is the only country she is known to have visited.

Nyhavn (New Harbour) is a 17th century canal, famous for its colorful front houses and lively atmosphere, full of bars and restaurants.

Number 9 is the oldest house in the canal, it dates back from 1681 and it has preserved its front facade intact since its construction. Houses number 18, 20 and 67 are also worth special attention since Danish author Hans Christian Andersen, spent some of his years living and writing here. Tales such as The Little Mermaid, The Princess and the Pea or The Ugly Duckling sure might ring a bell.

I love walking by the Nyhavn, especially in the summer when everybody is out having a picnic by the canal, or drinking a beer at a terrace while getting sun-kissed. But let’s be honest, the sun doesn’t shine very bright up here!

Christiania is an area in Copenhagen, founded by a group of hippies who occupied some abandoned military buildings. This anarchist autonomous state declared in 1971, is not to be missed. Covering 84 acres (34 hectares) and with a population between 850-1,000 residents, this community believe in a set of rules they made for themselves, totally independent from the Danish Government.

Most famous for its cannabis trade, this piece of land is not to be considered a dangerous place. Anyone can enter this country (no visa required), grab a beer at a bar, enjoy the street art, the tiny houses, live music and even witness a sunset by the lake. However, to avoid any trouble you should not ignore the rules you can find at the entrance such as: don’t take pictures, don’t bring guns, etc.

Tip: during the summer, Nemoland bar offers two free concerts every Sunday. The first one at 18h and the next one at 22h.

Christiania is a good place to discover new music. There are two concert venues, Nemoland and Loppen, which offer concerts and live DJ’s all year long.

On your way out Christiania, a wooden sign reminds you, you’re entering the European Union.

The Round Tower is an astronomical observatory built on the 17th century by Christian IV, King of Denmark-Norway at the time. The building allows you to enjoy a 360º views from Copenhagen at a height of 118 feet (36m). Ok, the height might be not impressive but you’ll be surprised when I tell you that you can even see another country from the top of it. That’s right! At the end of Øresund bridge there it is, IKEA motherland, Sweden.

Tip: climb the tower a little bit before it gets dark, this way you’ll be able to see the day and night of Copenhagen as the city lits up.

It is also surprising that not a single stair is needed to reach the top of this tower. A ramp, an equestrian ramp to be technically correct, was built to allow horses and carriages to reach the top in order to help with heavy transportation (books and sensitive instruments for the library and observatory).

Today the tower still serves as an astronomical observatory, as well as a viewing point, library, exhibition center and even concert venue. Check the website below for more details on what’s on.

To all the shopaholics: this is your street!

This is the main artery of Copenhagen and one of the longest pedestrian streets in Europe. Its 0.68 miles (1.1km) takes you from the City Hall square to Kongens Nytorv.

Shops of all sorts, for all tastes and pockets can be found along the way. From Danish clothing and shoe brands Mads Nørgaard, SAND or ecco, to international brands such as Emporio Armani, Zara, H&M, Louis Vuitton, Foot Locker… Also Danish design, jewelry, toy stores (Lego and Disney), the list goes on and on…

For those who don’t enjoy shopping so much, like myself, you can take a break at one of the cafés or pubs that you’ll find along the way. Or discover the narrow streets crossing Strøget where you’ll find a great picture or a hidden highlight.

Strøget is a very lively street that serves as a stage for musicians and street performances.

Tivoli Gardens is much more than this. Founded in 1843, it’s one of the oldest amusement parks in the world. It’s synonym of music, theatre, ballet, architecture, it’s for adults, it’s for children, it’s definitely a “must” when visiting Copenhagen.

Fun is guaranteed for all ages. If you’re not much of a rider you can just take a walk around the gardens, grab a bite or enjoy the wide variety of live music they offer. My favourites: Jazzy Wednesdays and Friday Rock. Check the website below for a more detailed programme.

Great location, within walking distance from the City Hall square and nearby the Copenhagen Central Station.

Christiansborg Palace was the original residence of the Danish Royal Family. After a fire that burnt the place down in 1794, the family decided to buy Amalienborg’s buildings, which were initially built for four noble families, and move in.

Nowadays Christiansborg Palace, located in a tiny island called Slotsholmen, contains the Supreme Court, the Danish Parliament and the Ministry of State. So much power in such a small place!

If you take the whole tour you’ll be able to discover the Royal Reception Rooms, the Royal Kitchen, the Ruins and the Royal Stables. All of these rooms are still in use nowadays by the Royal family and the Prime Minister for various events.

Separate ticket can be purchased to visit only specific parts of the Palace.

One more creation of King Christian IV, Rosenborg castle was initially built as a summer house residence in 1606. It had this use until 1710 however, it was only used twice and in both cases were because of emergencies.

Nowadays is most known for the museum housing the Crown Jewels as well as other royal collections such as painting, tapestries and a Venetian glass collection.

The castle is located right in the city center, next to Nørreport station and The Botanic Gardens. It is surrounded by The Kings Garden, where Danes take walks, ride their bikes and have picnics when the sun is out.

Frederik’s Church, more commonly known as the Marble Church, it is easily recognizable for its green big dome. It is located west of Amalienborg Palace and facing Copenhagen Opera House from a distance.

It dates back from 1740 and it is said to have the biggest dome in Scandinavia, with a 102 feet (31m) of diameter and resting on 12 columns. It reminds me a lot of the dome in Saint Peter’s Basilica in The Vatican.

The church is open most days and it has free access, it is beautiful inside. The Dome has a more limited access and it can be visited only twice a week on low season. With a height of 259.2 feet (79m) you’ll enjoy nice views over Copenhagen.

So, Denmark is one of these countries that still have King & Queen, and here’s where they live. Surrounding the Amalienborg square, presided by a sculpture of King Frederik V, four identical buildings serves as the home for various members of the Danish Royal Family. This is not their original residence though, but since Christiansborg Palace suffered a fire back in 1794, they had to move here.

It will surprise you (at least surprised me), the lack of security surrounding those buildings. You can almost go and ring the bell as if you were to visit a friend. No high walls or fences hiding anything. However, they have the famous Royal Guard which they call Den Kongelige Livgarde. Every single they this little army of guards walk from near Rosenborg Palace to Amalienborg, through the streets of Copenhagen, to end up changing the guard at noon. It’s always a nice event to watch for those who don’t have Royalty in their home cities.

If you stand in the middle of the square facing North and you look to your right, you’ll be able to see the Copenhagen Opera House on the other side of the canal, and if you look to your left you’ll see Frederik’s Church. Noughts and crosses! x x x

Map of best things to do in Copenhagen 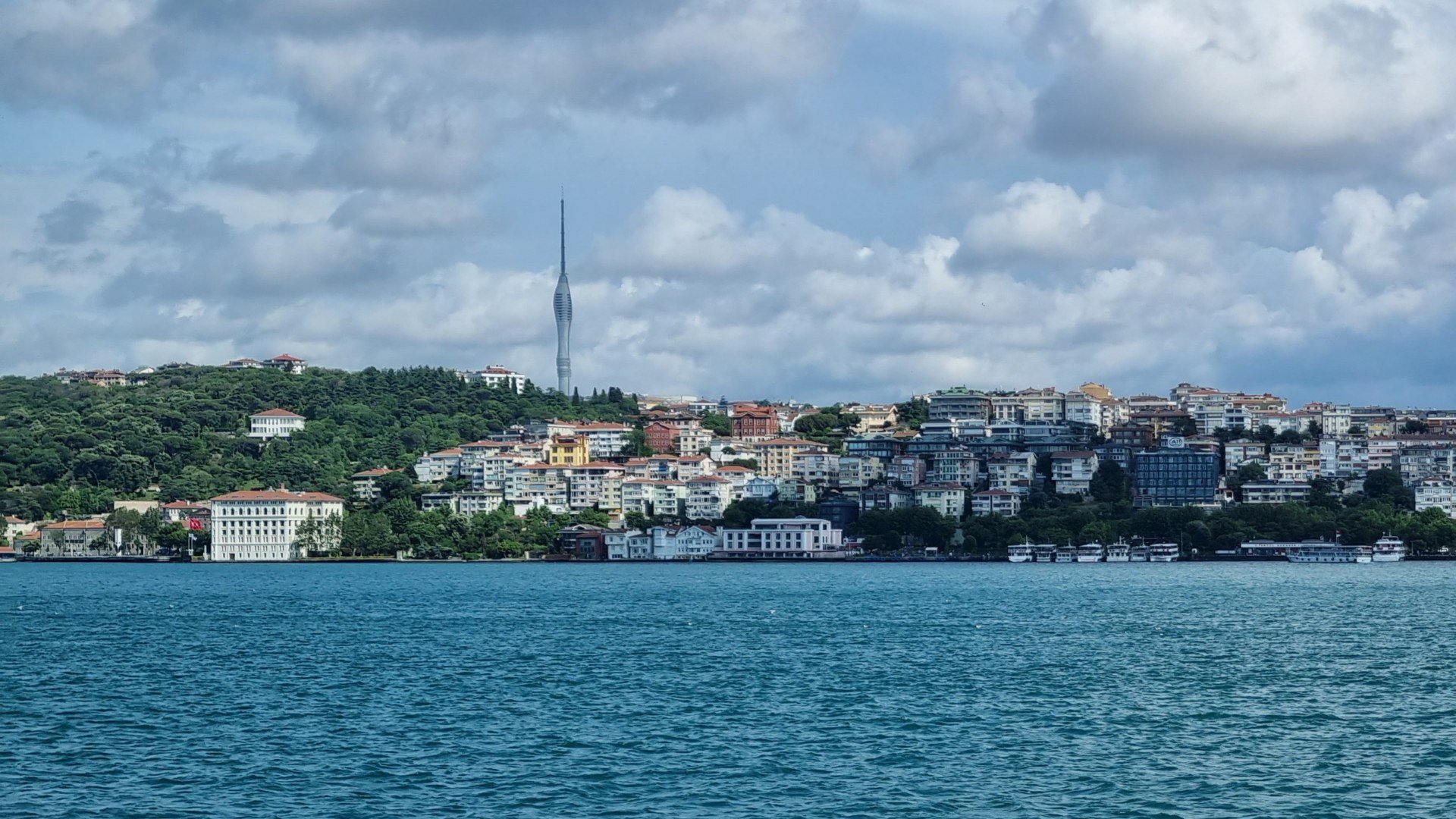